I like to think of my patients as though they were members of my family. I want them to have the quality of care they can appreciate and that I would expect for myself or my family. That’s why I try to stay current with the latest findings in the field of cosmetic dentistry. Cosmetic dentistry is much more than white teeth but rather about healthy form and function including posture and facial contours as well as physiologic health. My patients deserve every advantage possible. I used to merely practice cosmetic dentistry, but now I find I am changing people’s lives. My patents involve the collection of stem cells that can be used in lieu of embryonic stem cells. - Ira L. Shapira, DDS, FICCMO

Dr. Shapira created an oral appliance that is easy to sleep with and maintain. I am so relieved, feeling much better, significantly fewer headaches and more energy I would recommend Dr. Shapira to anyone. His knowledge of dentistry goes well beyond the norm. Anyone that suffers from TMJ and or sleep disorders should have a consult.

Reconstructive and cosmetic dentistry, implant rehabilitation, dental implants, pain and headache management, TMJ disorders, research and treatment of snoring and sleep apnea, anti-aging medicine, and stem cell research for collection of non-embryonic stem cells, for treatment of chronic disease and life extension. I currently hold four issued patents in this area and hope to make major changes in the practice of anti-aging medicine and be involved in the extension of longer healthier lives.

If you are considering any cosmetic dentistry procedures in Gurnee, Please call and schedule an appointment today.

Learn more about Dr. Shapira from his own words here. 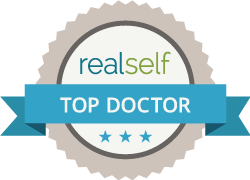 Improving the lives of my patients has always been at the core of my career in Dentistry.  The treatment I give to my patients should always pass one important test; it should be the same type and quality of treatment that I would want for my family or myself.  I have always taken the road less traveled in my dental career because I became a leading expert in what was most important to me and my family.

I was a severe dental phobic as a child due to traumatic experiences as a patient.

In my early career it I learned how to effectively and comfortably treat dental phobic and concentrated on techniques that insured maximum patient comfort.  An instructor and friend from Loyola Dental School Dr. Tom Church started one of the first dental phobia centers at Northwestern Dental School and I learned about treating phobias from one of the most compassionate people I knew.

I matured as a dentist and achieving patient comfort became second nature.  I frequently saw patients who had severe difficulties to loss of teeth and inability to wear dentures or having chronic TMJ disorders and headaches.

I personally had a history of severe TMJ problems and had studied this field intensely during my last two years of dental school and have continued to constantly be on the leading edge in treatment and knowledge of TMJ disorders, headache and migraine treatment and prevention.

I began doing dental implants in 1980 long before implants became standard dental treatment.  I took all the courses available form the Academy of Implant Dentistry and then traveled to the offices of many of the top implant dentists to learn about their implants and their tricks and techniques that made them special.  I have continued thru the years to place and restore implants of all types.  I worked for a large dental group and Dr. Buddy Mopper the leading cosmetic dentist in the world was a part owner.  I spent a year in his office learning the most cutting edge cosmetic techniques available at the time

I initially learned about Neuromuscular Dentistry in an implant course where I was told it was the secret to long lasting implants.  When I went to my first course I was surprised to be hearing about headaches, TMJ disorders, muscle physiology and complex medical systems.  I thought I was going to a course on dental implants.

Dr. Dayton Krajek who taught my first course was a Texas prosthodontist and he was talking about chronic pain and the Myomonitor, an Ultra-Low Frequency TENS machine.  I had severe pain despite multiple TMJ treatments and that day I felt like I had a hot poker going in my right ear and out my left eye.  I volunteered to have the unit placed on me and then my life changed!  Within a matter of minutes the severe pain I had been in for months stopped.

At lunch they took the Myomonitor off and then it was put back on after lunch and within a minute or two I was back in severe pain.  I told Dayton, who looked and switched two wires that were misplace and I had instant relief.  My life was changed forever from that day on.  Relieving severe and chronic pain became a major focus of my career.

I embraced the science of Neuromuscular Dentistry and took all the courses I could and learned from the greats.  I studied with Dr. Barney Jankelson the father of Neuromuscular Dentistry.  I have always asked question and at course I took with Dr. J after numerous questions he put his arm over my shoulder and said we needed to talk.  I spent the next 2 ½ days asking questions and learning from Barney.  The material being taught was just the tip of the iceberg.

Learning like life is a journey and Neuromuscular Dentistry led me to Jim Garry who taught me about airway.  When Billy was 3 years old I recognized his airway problems due to what Jim had taught me.  The pediatrician didn’t understand my concerns but a 5 years old I was told Billy had ADD and ADHD, could not start kindergarten and that he needed to be a Ritalin for life.

Knowledge Jim had given me led me to seek out a better solution.  I took Billy to Rush Medical School Sleep Disorder Center and he had a sleep study.  He had severe sleep apnea that was treated with tonsillectomy and orthopedic widening of his airway.  He became a straight “A” student and my life took a new turn.  Dr Rosalind Cartwright was his sleep doctor and within one year of meeting her I became an Assistant Professor at Rush Medical School and did research into jaw position and sleep apnea.  My research showed the similarities in neuromuscular jaw position between male sleep apnea patients and my mostly female TMJ patients.

I became an expert in the field of sleep apnea and Dental Sleep Medicine before the field even existed.  Dr. Cartwright wrote the first peer-reviewed articles on sleep apnea and oral appliances and I was in her lab.  I became friends with Charlie Samuelson who invented the first Tongue retaining devices for treating sleep apnea.  The first sleep appliances were developed by neuromuscular dentists, the modified Herbst by Jim Garry and the Aqualizer by a neuromuscular Lab tech Larry Glaze.

Treating TMJ patients led me to the study of acupuncture which led me to study MyoFascial Pain and Dysfunction with Dr. Janet Travell.  It seemed almost magical how easily I could help people who had lived with severe pain for long periods of time. Dr. Travell again changed my life into new directions.  I joined the Academy of Pain Management and became a Diplomat.

I found that as I got better at treating pain I was referred patients with more and more difficult pain problems.  Each patient became my challenge to find new answers.  I learned about SphenoPalatine Ganglion Blocks (SPG) because a patient brought me a book called “Miracles on Park Avenue” and wanted me to find a doctor who could do the SPG Block. There were none in the Chicago area but Jack Haden, a friend I knew from the Academy of Head Neck and Facial Pain taught me the technique.

ICCMO, The International College of CranioMandibular Orthopedics, was founded by Dr. Barney Jankelson who insisted I join.  At ICCMO I was surrounded by an incredibly gifted group of neuromuscular dentists many of whom changed my life in various ways. Dr. Barry Cooper, a Past president of ICCMO, has the largest research study of neuromuscular patients in the world but more and more has become a close and trusted friend.   Barry pushed me to become involved in the TMD Alliance and this year I became the Chair of the Alliance of Tempormandibular Disorders.

Barry also persuaded me to do my first lecture on sleep apnea treatment to ICCMO which led me to lecturing to hundreds of dentists across the county on treating sleep apnea with oral appliances.  One of my students, my best student was Dr. Martha Cortes of NYC who called me one day and told me about the DNA Appliance and Dr. Singh.  I took her course and found much of what I knew to be impossible was possible.  Epigeneatic Orthodontics is still in its infancy but will change treatment of patients across many fields of dentistry sleep and pain.

Family is what life is about, my terrific children; Rachel and her husband Danny and Billy and his wife Stephanie and my incredible grandchildren Abby and Elly.

I lost my wonderful wife Elise after 40 years of being together and her 20 year battle with breast and ovarian cancer.  I ran my first marathon at 62 in her memory less than a year later.

Anna and I were married November 2, 2014 and find it hard to believe how lucky I am to have her.  I now have additional lovely grandchildren Freya and Gunnar and their parents Henri and Deirdre.

Anna and I love to scuba dive and have been diving in Aruba, Bon Aire and Belize and we will soon start ballroom dancing lessons.  We have learned glass blowing together from one of Rachel’s friends and we both love to travel. Anna and I spent two weeks in Spain, Germany and Poland around an ICCMO meeting in Munich and I met her family in Warsaw.  We also spent and a week in Argentina where I gave a lecture in Buenos Aires at the ICCMO meeting on “Common Developmental Aspects of TMJ and Sleep Disorders” and spent 5 days in Bariloche and Patagonia.

In January of 2015 Anna and I and all of our children and grandchildren spent a week together in Aruba. 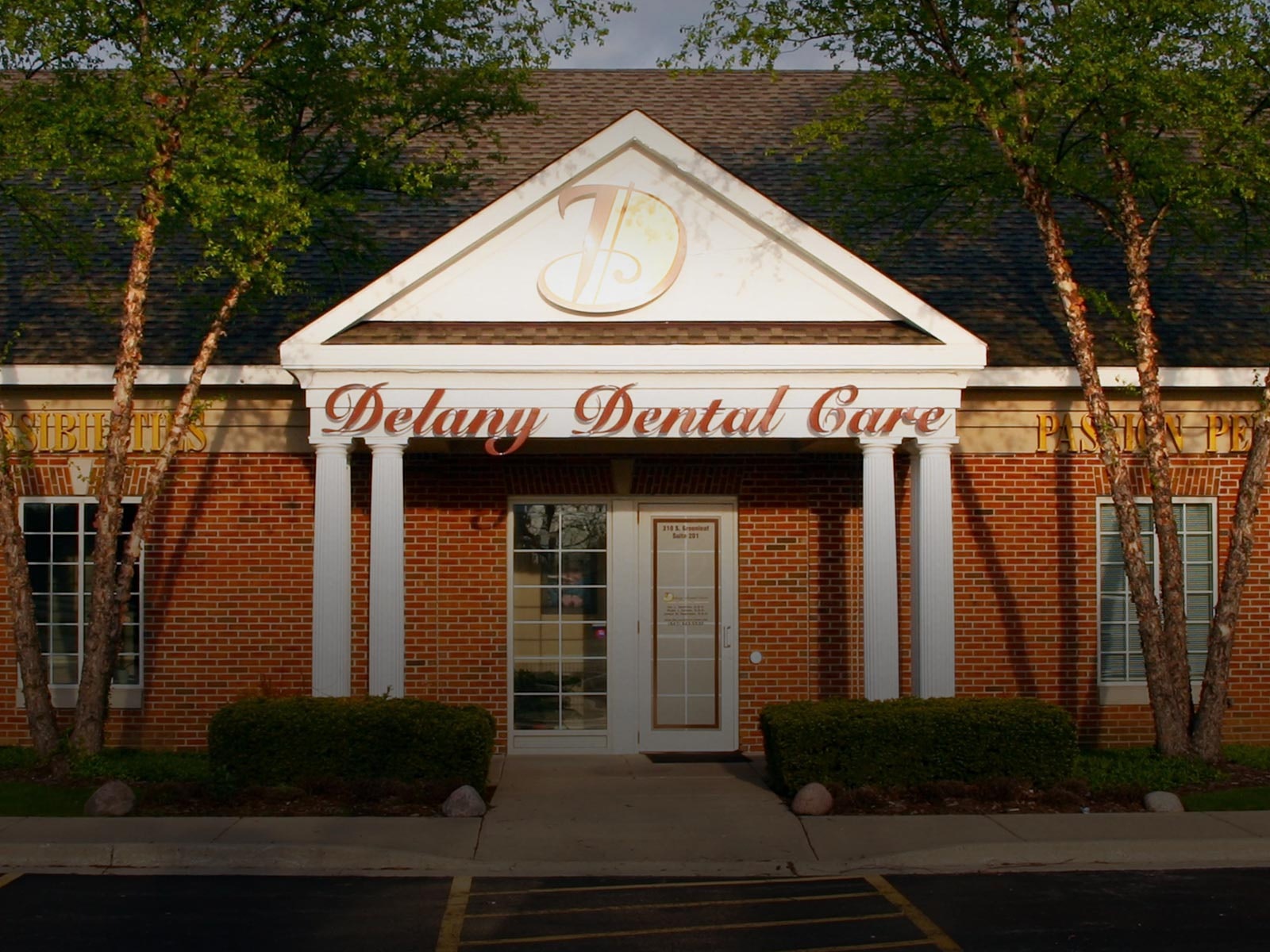 Delany Dental Care has been providing the residents of Gurnee, IL, with cosmetic and restorative dental treatments since 1984. When you choose Delany Dental Care, you're choosing a practice that is affiliated with many prestigious organizations, including:

Welcoming patients from North Chicago and throughout Lake County 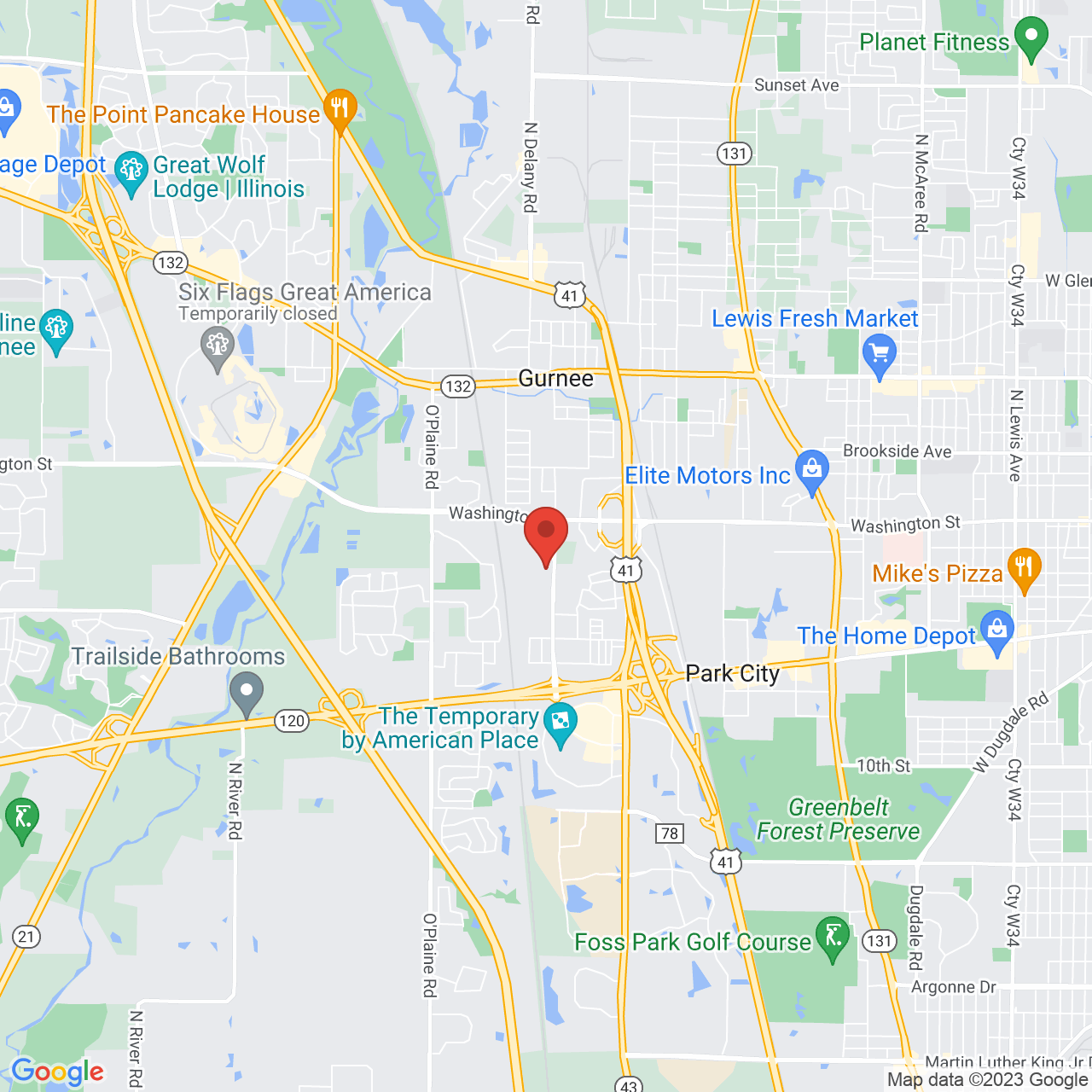 Please specify whether you prefer for our team to contact you via a phone call or text message.

*Disclaimer: results are not guaranteed, may not be permanent, and can vary per individual. Some images are of models, not actual patients. 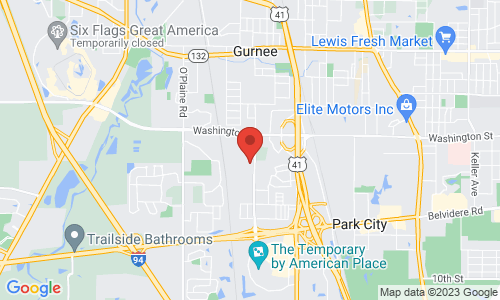 Welcoming patients from North Chicago and throughout Lake County